The fifth annual Mount Cheaha 50k trail race was Saturday, February 27, 2010 in the Talledega National Forest. This was the first year that this race was part of the Montrail Ultra Cup series. Being part of that series increases the pool of talent that the race draws. The nickname for this race is "The Race to the Top of Alabama" because the finish is on top of Mount Cheaha at Alabama's highest point at 2407 feet.

Mount Cheaha 50k is a point to point 50 kilometer (~31 miles) race that starts at Porter's Gap trailhead near Talledega and finishes at the summit of Mount Cheaha at the Bald Rock Lodge. It mostly follows the Pinhoti Trail. The course reportedly gains 7000 feet in elevation, covers some very technical, rocky terrain, and has multiple creek crossings, one of which can be nearly waist deep. Judging by the finishing times, this is Alabama's toughest trail race.

The only Limestone County finisher was Glen King of Athens. Glen ran the 50k in 7:06:28 for 77th overall. Congratulations, Glen, on finishing the toughest 50k course in Alabama!

The winner was Dane Mitchell of Birmingham who shattered the course record by running it in 4:00:25. This is the second week in a row that Dane has broken a course record in Alabama. He broke the Black Warrior 25k course record on Saturday, February 20. The masters winner and second overall was Dewayne Satterfield of Huntsville. Dewayne ran an impressive 4:36:00, especially considering he won the Black Warrior 50k the previous Saturday.

The womens overall winner was Annette Bednosky of Jefferson, NC, in 5:09:41. The women's masters winner was Sally Brooking of Marietta, GA, in 5:47:46. 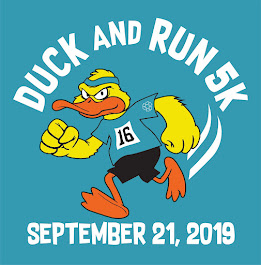