And Now a Word From Our Sponsors, III

Dub's Burgers in Athens is owned and operated by Athens native Lanier Greenhaw and his family. An avid runner, Lanier's name can often be found in North Alabama race results and he always takes part in the Duck & Run. This year, however, he had an unpleasant encounter with an army of angry fire ants just a day or two before the race so, while he did turn out on race morning to cheer everyone else on, he was unable to run. He's OK, though, and was back at it last weekend in Elkmont, where he took third place in his age group by finishing the Lions Club Rails to Trails 10K in 47:33.
Lanier has generously served as a Duck & Run sponsor since the race's inception in 2004 -- first through Greenhaw Moving and now through Dub's Burgers.
Thanks Lanier! We're glad you defeated the ants and we appreciate your continued support! 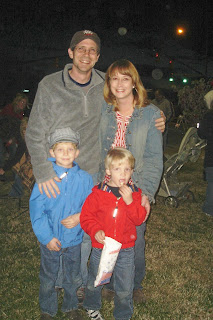