The following article was originally published in Dec. 2007 in FYI Magazine, a publication of The News Courier.

By Tanjie Schrimsher
For The News Courier
Lanier Greenhaw has many fond childhood memories of time spent by his father’s side at Dub’s Burgers. And now, Lanier’s two young sons, Guy and Ben, are making similar memories of their own.
On Sept. 1, Lanier closed the doors on Greenhaw Moving, which he had owned and operated in Athens for 18 years, and took the reins of Dub’s Burgers from his parents, Jimmy and Kitty Greenhaw.
Dub’s Burgers has long been an icon in the Athens community, well-known for thick, juicy burgers served on warm buns alongside heaping stacks of tasty French fries or onion rings.
“My great-uncle Dub started Dub’s Burgers in 1961 and he ran it for 22 years,” Lanier said.
After that, Lanier’s parents and his uncle and aunt, Herbie and Jo Ellen Greenhaw, partnered to operate Dub’s, which is located in the Crutcher Shopping Center on Jefferson Street between Lee and South streets, and Kreme Delite at the corner of Washington and Madison streets.
Herbie retired a few years ago and Jimmy continued to operate both eateries until passing Dub’s on to Lanier. Jimmy still runs Kreme Delite and visits Dub’s every day.
“Technically he’s retired from Dub’s but he doesn’t’ really have any hobbies and he’s just always loved to work,” Lanier said. “He asked me if it bothers me that he’s there every day and I said ‘No, it doesn’t bother me. People love to come in and see you.’”
Lanier said he’s enjoying being able to spend more time with his boys and wife, Missy, than his work with the moving company afforded. 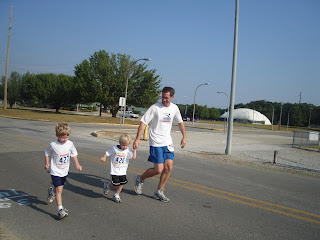 “Dub’s almost kind of runs itself because the employees have been there so long,” he said. “One has been there 22 years and two others have been there off and on for about 20 years.”
While lunch is by far the busiest time of day at Dub’s, breakfast time brings in its own crowd of regulars.
“We have a big group who comes in to drink coffee every morning,” Lanier said.
These morning regulars, of course, mull over the news of the day – whatever’s the hot topic in Athens, Limestone or beyond.
“A lot of problems have been solved at that table,” Lanier said.
Dub’s Burgers is located in the Crutcher Center on Jefferson Street at South and Lee.
Hours are 8 a.m. – 2:15 p.m. Monday – Friday and 8 a.m. – 1:15 p.m. Saturday.
Phone: 232-6135
Posted by W.Q. Duck at 9:10 AM