The following link takes you to the Decatur Daily's article about the 2007 Frosty Freeze 5K, which took place in Decatur on Saturday, Dec. 1. http://www.decaturdaily.com/stories/870.html 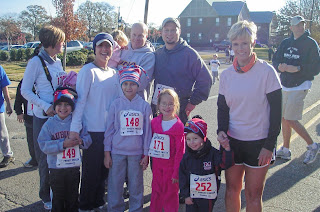 A good-sized group of Athens women took up running in early 2007, with Susie Holmes in the lead. Here, Susie (in hat) and her family ready for the race with some of their friends. Susie ran the 5K before joining the children and a couple of the husbands in the one-miler.

A lot of stretching and nervous jumping about took place just before the start of the one-miler. 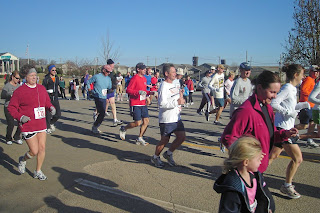 The one-miler gets under way. There's Phillip Stewart smack in the middle with Glen King just behind him in the red shirt. Just about to run off the front edge of the photo is Madelyn Patton, in the white shrit. 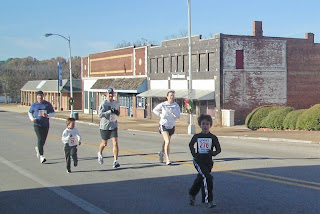 Almost to the end of the race. That's Brian Schrimsher in the navy blue shirt with white sleeves. 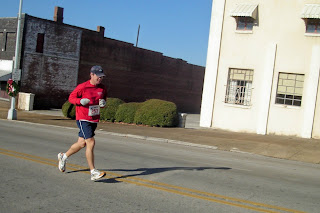 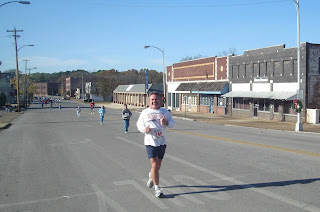